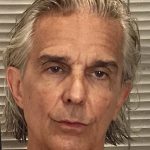 A senior arts producer and cultural consultant with working experience as an artist, producer, management trainer, and facilitator with many organisations in the fields of drama, dance, opera, museums, visual arts, and the creative industries in the UK and around the world.

In 1997, after working as a dance artist with companies in the UK, Europe, and North America (such as Koln Tanz Forum, Ballet Rambert, Louis Falco, Balletto del Sole, Lindsay Kemp, Jane Dudley, Glyndebourne, and English National Opera) and later as an independent arts producer (working with companies and artists like the National Theatre, Nottingham Playhouse, Dance Umbrella, Thamesdown Dance Agency, Wendy Houstoun, and Rosemary Butcher), he joined the British Council and was seconded to Visiting Arts, a UK government agency which supports artistic exchange between the UK and the rest of the world. As one of Visiting Arts’ three directors, with responsibility for Cultural Operations, Nelson was charged with the development of a broad spectrum of arts support programmes as well as for arts management and cultural leadership programmes dealing with the visual and performing arts.

Under his directorship, the company has also produced successful UK tours of various international theatre companies, such as Hamlet the Clown Prince by the Cinematograph Company from Mumbai, India and collaborated with Watford Palace Theatre on the UK premiere of My Hamlet, featuring the Fingers Puppet Theatre of Tbilisi and UK actress Linda Marlowe. In addition, he has acted as International Producer for Scottish Dance Theatre since 2009, producing multiple tours and collaborative projects for the company in China, Cuba, India, Dubai, Romania, South Korea, the US, Italy, Mexico, and Brazil. He is presently producing the company’s next visits to China, and Germany in 2018. In 2017, Nelson acted as UK Producer for the India@UK 2017 Festival, a UK-wide celebration of 70 years of Indian independence launched by her HM the Queen on February 2017 and which included hundreds of events including performances, literature festivals, exhibitions, and concerts. In 2017, the company also produced Jean-René Lemoine’s Medea: An Enraged Poem, translated and directed by Neil Bartlett, with François Testory in the title role. The work toured in the UK in late 2017 and internationally in 2018.

Nelson is a regular speaker at seminars, conferences, training programmes, and symposia on issues relating to the arts, arts management, and cultural policy and diplomacy and is regularly invited to sit on a variety of selection panels and to chair events for organisations around the world, most recently by the Iran Heritage Foundation in London; the Prakriti Foundation in Chennai, India; Sibiu Festival in Romania; and the Romanian Institute in London. He is a Trustee of Brighton Festival & Dome Ltd., Deputy Chairperson of ATC Theatre Company, a Trustee of Adopt A Playwright (London), and Chair of the Governance Board of Millennium Performing Arts (London). He was until recently the Chair of the Contemporary Arts Committee of the Iran Heritage Foundation in London. A Fellow of the Royal Society of Arts, he is also a Chevalier of France’s Ordre des Arts et des Lettres and was made an Officer of the Order of the British Empire (OBE) for services to the arts in the June 2009 Birthday Honours List. 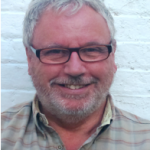 Roger began his professional life as General Manager of the Nuffield Theatre in Southampton from 1975 to 1985. He has also worked for The Times newspapers and Channel Four, developing arts promotions, as well as for the Arts Council England. He is Visiting Lecturer at London South Bank University and previously at London Metropolitan University. Internationally, he has worked in Armenia, Bulgaria, China, Georgia, India, Iran, Kazakhstan, Korea, Kosovo, Russia, and Slovakia for organisations including the British Council, Visiting Arts, Soros Foundation, the Council of Europe and the European Centre for Minority Interests, advising the Ministry of Culture in Kosovo on the development of theatre law there. 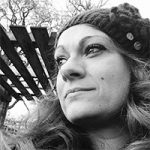 Lia studied Drama in her native Athens before coming to the UK to study Dance and Theatre Arts at the University of Birmingham and then at London Contemporary Dance School.

Lia has worked extensively as a dancer, movement director, dance educator and producer. Since 2005 Lia has been part of The Place initially in the learning and participation department and currently as one of the producers in the Theatre team.

In a freelance capacity Lia has over the last few years worked as a Project Manager, Producer and Creative Consultant with a varied portfolio of independent dance artists such as Kate Flatt, Zoi Dimitriou, Hannes Langolf, Subathra Subramaniam, Moxie Brawl, Shane Shambhu and Rick Nodine amongst others. She has had a developing relationship with Bloomsbury Festival since 2006 and has recently produced the participatory stage of Step Out Store Street in 2016 and currently producing Sing Out Store Street in Collaboration with Bill Gee. In 2014 she was funded by The Arts Council of England to produce Move Hitchin, a day long Festival of dance, in public spaces and stores in her locality.

Since 2015 Lia has been working with interdisciplinary Cambridge based company 30 Bird, delivering projects such as the British Council Funded Junctures in March 2015 and the HOME in the Service of Science, which was the culmination of the company year-long residency at the MRC Laboratory of Molecular Biology. It was in Junctures 2015 that Lia had the chance to first meet and work with Nelson Fernandez and has since developed a relationship with NFA international Arts and Culture and as a result has become one of the company’s Associate Producers.